COVID has made our digital infrastructure a priority

As countries around the world return to various forms of lockdown, decent internet access at home has once again become a necessity. The infrastructure to sustain it though is still lacking.

When the pandemic first hit, the last thing on many people’s minds will have been the resilience of our broadband networks and the impact on the digital divide in our societies. But it’s a challenge that has become all too obvious in the past six or seven months, as service providers have struggled at times to manage data usage and those without reliable enough internet access to work from home have been left high and dry. What used to be a luxury has become indispensable.

This is especially true in many developing and third world countries, where decent connectivity is still a long way off. A 5GB film that takes 2 minutes and 58 seconds to download in Liechtenstein, for example, takes the better part of a day in South Sudan – assuming your home is even connected. But while we might expect to see weaker digital infrastructures there, even some of the richest Western countries have fallen behind: Germany ranks just 42nd in broadband speed globally, with the UK 47th, and Italy at 68th.

This kind of digital divide of course does not just exist from country to country, but especially within societies. Assuming that higher internet speeds around economic hubs drag averages up, one can guess just how poor access is in deprived inner-city or rural areas, even in the supposedly highly developed economies of the West. In the US it is estimated that as many as 42 million have inadequate connectivity.

These issues have been laid bare as starkly as could be imagined this year. The most immediate impact has no doubt been in the world of work. The divide between countries and social classes in terms of access becomes a particular issue as commerce and business move online, a trend that has sped up massively under the impetus of the pandemic. Societies and jobs in which working, meeting, and shopping online – and paying by card for that matter – were already the norm, are far more resilient in a crisis like this.

We are not just talking about work or the ability to buy essentials online either. Education has also suffered heavily. With school and university courses largely held online, poor, limited, or even non-existent access becomes a greater predictor than ever of long-term success for the next generation. While international trade, travel, and healthcare are at the forefront of people’s minds, relatively little attention is given to the future of our youth.

According to a recent report by Capgemini, even before the outbreak of the COVID-19 pandemic more than two-thirds of those people who did not have online access were living in poverty. More surprisingly, the same report shows that among this demography, the age group with the least access are 18-36-year-olds. In other words, those who should be the most economically active.

The responsibility for combating digital exclusion does not lie with any single government or organization. Instead, public and private organizations have to address this issue together, to ensure that digitally excluded populations also have access to essential services.

It is all the more frustrating to witness the bitter politicization of digital infrastructure development. The controversy and general incoherence on the use of Huawei tech for 5G for instance have undermined its effective roll-out in many areas. Similarly, the hampering of Neqsol’s East-West optic fiber corridor in Georgia (100th in broadband speed) risks undoing a long-overdue project intended to provide improved access to 1.8 billion people across Eurasia. There are plenty more local examples, like the debate around National Broadband’s infrastructure project in Ireland (51st).

For all the political talk about digitalization, it appears to be hard to find a common way forward on these issues. In fact, somewhat ironically, these issues have only multiplied during the pandemic, the most bizarre of which of course being the conspiracy theories around 5G mobile masts. 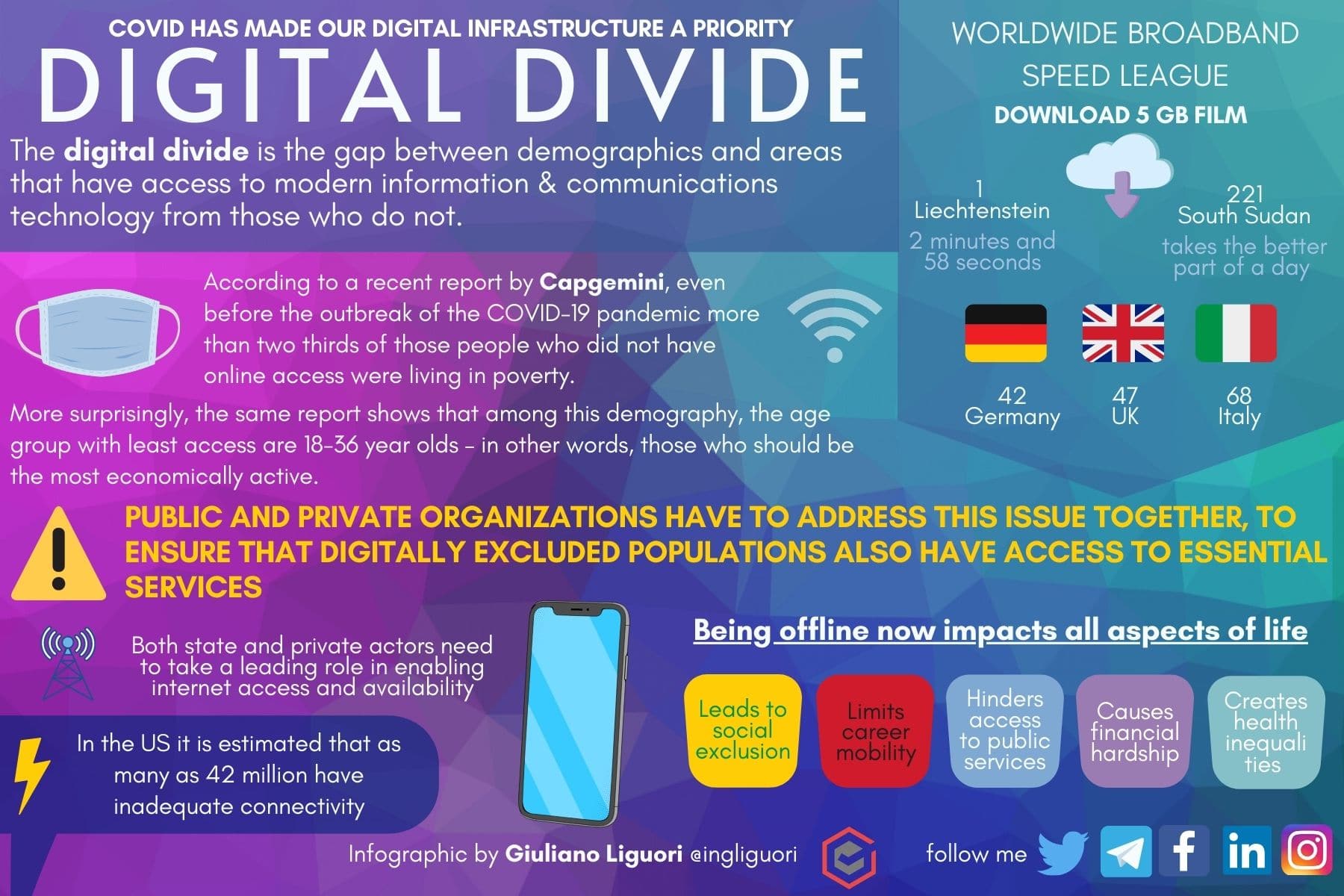 Pledges by service providers at the beginning of the pandemic not to cut internet access over unpaid fees are welcome gestures, but they are only a small part of the solution. What is really needed is the prioritisation of investment in the global digital infrastructure and a solid joint approach to policy. Access needs to become both better and more affordable.

Both state and private actors are required to make this work. They need to take a leading role in enabling internet access and availability, especially for marginalized groups. Countries around the world, and international bodies like the UN and EU, have ostensibly set their sights on digitalization. What we need to see now as a matter of urgency is a translation of these pledges into a coherent approach and sufficient investment. As many of us head back to remote working, we will once again see just how essential this is for economic survival and recovery. 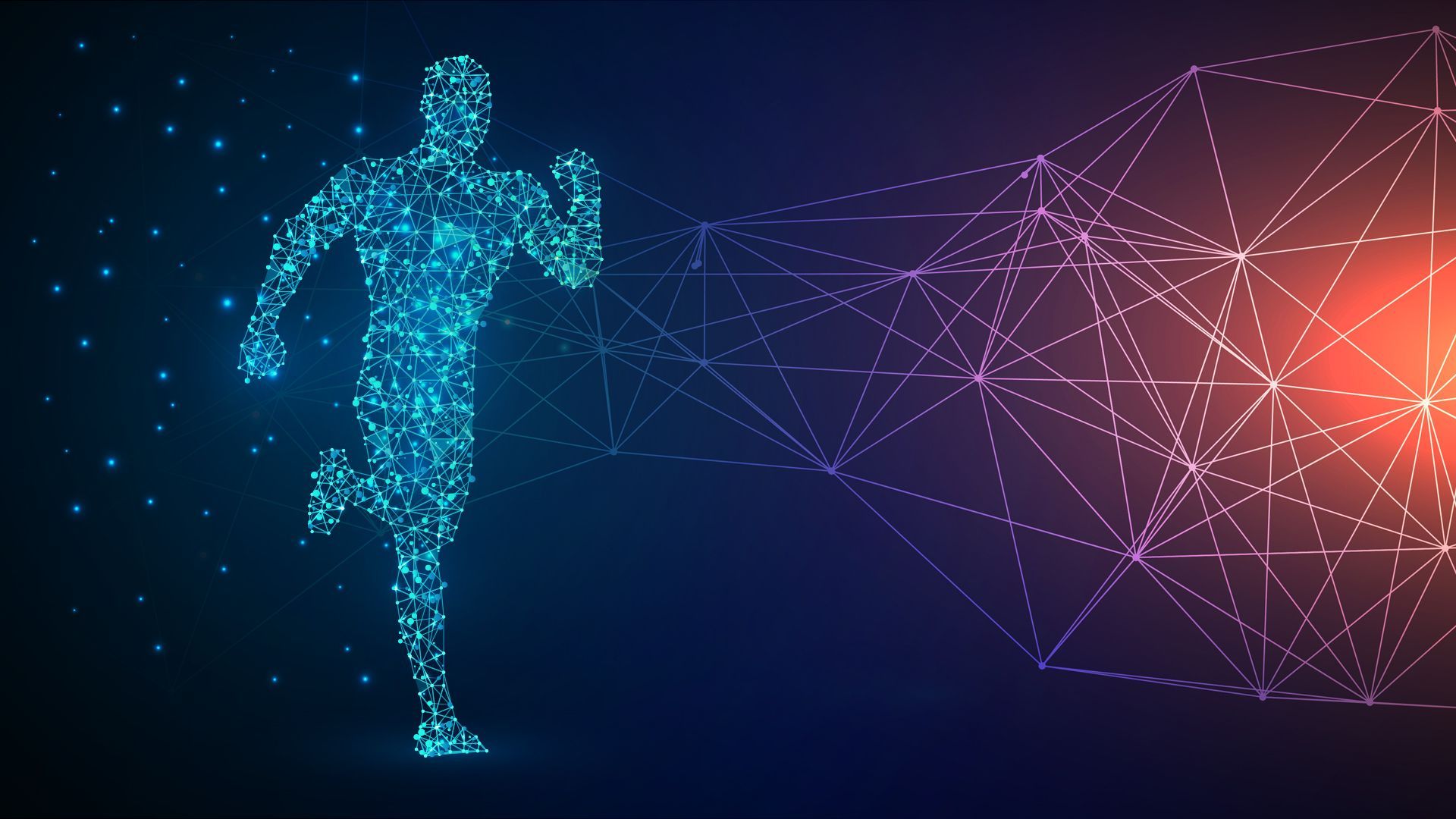